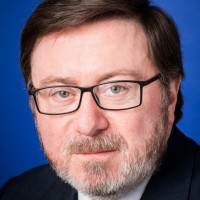 …but It’s in Plenty of Arguments

Parental Alienation Syndrome Isn’t in the DSM Yet, but It’s in Plenty of Arguments

Coined in 1985 by psychiatrist Richard Gardner, PAS describes a set of behaviors exhibited by kids whose parents deliberately turn them against the other parent, through a variety of techniques that are at once coercive, manipulative, vindictive and sociopathic.

Jason Patric tells Newsweek, speaking of PAS, which he says he began investigating following his initial trial to assert his parental rights with Gus. He believes parental alienation is akin to what domestic violence was 40 years ago—a dirty secret that is harming millions but not acknowledged by many mental health professionals.

One of the reasons PAS hasn’t been embraced universally is because of controversies that punctuate Gardner’s career. In 1992, for example, at the height of the tumultuous scandal in which Woody Allen’s former partner, Mia Farrow, accused him of child abuse, Gardner told reporters that “screaming ‘sex abuse’ is a very effective way to wreak vengeance on a hated spouse.” Many took this as a tacit diagnosis of PAS—inferring that Gardner had sided with Allen and believed Farrow had manipulated her children into falsely believing Allen was a sexual abuser.

Following the 2009 in vitro-assisted birth of Gus, a very public legal argument broke out between mother Danielle Schreiber and her former boyfriend and the child’s sperm donor, Jason Patric. Patric, a well-known actor who starred in films such as The Lost Boys and Speed 2: Cruise Control, petitioned for parental rights, arguing that he and Schreiber had been partners for years, and that he had every intention of fathering the child. He says he kept his name off the birth certificate to protect Gus from media attention.

In the meanwhile, it has been 72 weeks since Patric last saw the child.

He has also launched the website Stand Up for Gus to promote awareness of parental alienation syndrome (PAS), a mental health syndrome he fears his son may have to deal with for the rest of his life, based on the acrimonious relationship between his parents.

Source: Parental Alienation Syndrome Isn’t in the DSM Yet, but It’s in Plenty of Arguments